The only organization where candidates are endorsed directly by the People and not behind closed doors.

Imani is an unyielding advocate who has dedicated her life to being a public servant. Imani has seen first-hand the damage that New Jersey’s corrupt political machine can have on every day people while the wealthy and privileged continue to prosper off of our backs.

Poverty has been a familiar experience during the majority of my life. I lived under a level of poverty that would be classified in the US as "Deep Poverty" by the Census Bureau.

For my 12th birthday, my mom gave me a t-shirt that read “A woman’s place is in the House—and the Senate.” I believed that then, and I believe it now. 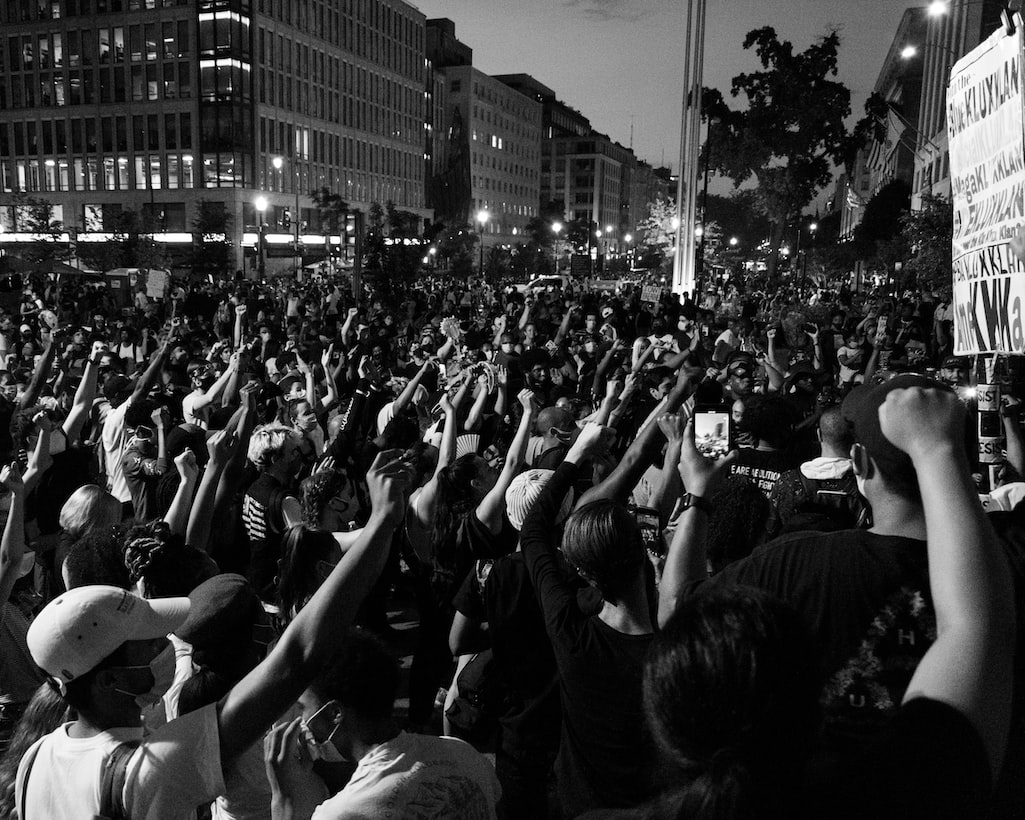 Five Gauntlets Including Topics The Left Care About

The purpose of the People's Gauntlet is to allow the grassroots to vet progressive candidates. If they want our money and support, they must convince us that they will fight for the policies the people care about.

Student Loan DebtTotal U.S. student loan debt is $1.67 trillion, and college grads with loans owe $29,200 on average (2018).What is your plan for student debt relief?

Tax Reform On The Upper Class And Large CorporationsConservatives claim the wealthy are overtaxed. 1 out of 5 millionaires pay a lower rate than someone making $50,000 to $100,000.What is your plan for Tax Reform?

Fair TradeAmericans have not seen a pay increase in years and jobs are outsourced due in part to unfair trade deals like the North American Free Trade Agreement (NAFTA). Unfortunately, American trade policy currently rewards corporations that offshore jobs, drive down wages, and increase unemployment and underemployment.What do you know about the recent free trade agreements like NAFTA and TPP? How would you reform our current trade agreements?

Expanding Social SecurityOur elder citizens cannot live in dignity when they are trying to survive on $13,000 or $14,000 a year in Social Security benefits.What would you do to expand and improve social security?

Federal Jobs GuaranteeIn 1944, President Franklin Delano Roosevelt talked about the right of every American to have a job. This policy is still needed today. A job guarantee will lower the crime rate, improve mental health, and create a stronger sense of community.What is your plan to increase jobs or have a federal jobs guarantee program?

Green New DealClimate change is a global emergency. Due to lack of media coverage, the problem has only recently come to the forefront of the American conscience.What is your environmental plan for the nation and the world?

Secure A Living WageWe 've seen the Fight for $15 take years to build momentum. Even with majority support, Senators like Joe Manchin and Kyrsten Sinema continue to support a poverty wage for the people.How can you help secure a living wage in congress?

Support for Union AdvancementThe Protecting the Right to Organize Act, PRO Act will help promote unionization across America.What are your opinion of unions and pro-union laws?

Break Up MonopoliesCorporations have evolved since the creation of America. We now have digital companies with great power unimagined by our founders. The Sherman Antitrust Act of 1890 gives the U.S government the power to break up big corporations.What is your opinion on breaking up monopolies? Which companies need to be broken up?

Gun ReformMass shootings have become a normal way of life in America. Children go through active shooting drills at school which research shows have severe side effects causing higher rates of stress and depression.What is your gun reform plan and how do you plan to build a coalition to get it passed?

LGBTQ + EqualityIn many states, it is still legal to fire someone for being LGBTQ+. The LGBTQ community continues to strive for equality and suffers from violent attacks.What is your plan to advance their rights and safety?

Housing As A Human RightThere are certain human needs that should not be predicated on how much money you make. As far back as Franklin D. Roosevelt, America has debated the issue of housing as a right.What are your plans to help make housing a universal human right?

ReparationsAmerica has never fulfilled its promise of forty acres and a mule to the family of freed slaves. It has systemically used tools like redlining and others to supress the economic growth of black people.What is your plan to help America fulfill this promise?

Police ReformWith the help of modern technology, police abuse has been documented and shared for the masses to see. This has heightened the awareness and cries for reform.What is the plan you support for police reform?

Combating Domestic TerrorismDomestic Terrorism comes in many forms. From the 9/11 attacks to white nationalist to corrupt police.What is your plan to help combat domestic terrorism in America?

Digital DemocracyWith new advancements in technology, some are advocating to allow citizens to vote online while others want to exclusively use paper ballots to secure democracy.What is your opinion on how to secure democracy while making it more accessible?

Voting RightsThere are ways our democracy is manipulated through voter suppression, gerrymandering, and voter ID rules, to name a few. Also, there are ways to make it easier to vote like automatic registration, and early voting.What are your plans to make voting more accessible?

Freedom Of The Press And WhistleBlower RightsFrom Edward Snowden, Julian Assange, to Chelsea Manning, there are many examples of Whistle Blowers and journalist having their constitutional rights violated.What would you do to solidify these rights and help protect journalists and whistleblowers?

Election ReformPublic financing of elections will help get big money out of politics. This will be a great way to even the playing field for grassroots candidates.What is your plan for election reform?

Abolish Electoral CollegeIn the last 6 elections, two presidents did not receive the popular vote but won the electoral college.What is your opinion of the Electoral College and would you abolish it?

Medicare For AllSingle payer healthcare which also allows the government to negotiate on behalf of its citizens for prescription drugs and other health services is greatly needed.Do you support Medicare for All?

ICE and ImmigrationU.S. Immigration and Customs Enforcement is an agency created as a response to 9/11. Since its inception we have found that it works outside the boundaries of law enforcement and violates the rights and humanity of migrants living inside the United States.Do you think ICE should be abolished or reformed?

Codify Roe vs. WadeThe rights of woman to control their own bodies continues to be under attack by conservates at a federal and state level.Do you support a woman's right to choose?

Save the United States Post Office and Public BankingThe United States Post Office has the burden that no other private organization have. They have to make sure they secure the benefits of their workers for 70 years into the future which makes it look like they are in extreme debt. One way to help bring extra revenue is to allow the USPS to provide public banking in all its locations which can help bring banking to poor and underserved areas.Do you support getting rid of the requirement for the USPS to secure benfits 70 years into the future? Do you support USPS Public Banking?

Department of Defense AuditIn the past, congress attempted to audit the Department of Defense without great luck. It has proven to be so convoluted that auditors have given up.How passionate are you about the DoD being audited and will you fight for it to finally be completed?

Military SpendingAmerica spends more money on its military than the next ten countries combined. Most of these countries are our ally.What do you think about the amount of money we spend on the military? What do you propose the level of spending should be?

Nuclear WeaponsAs nuclear weapons continue to grow and advance, if just one went off anywhere around the world, it could drastically effect the quality of life on the planet.Would you like to see Nuclear Weapons banned? What would you propose as a plan to accomplish this?

War TaxFrom the Iraq war and beyond, the cost of War is not felt by the public. By putting it on the credit card, adding it to the National debt, it has become an after thought. Just like how social security and Medicare is seen and gets deducated from checks, we should have an appropriation for a War Tax. Seeing this cost weekly or biweekly would amplify its significance and hopefully decrease the appetite for military action around the world.What do you think about the idea for a War Tax? Would you sponsor or cosponsor a War Tax Bill?

Ending Forever WarsWorld War 2 was the last time congress gave the authorization to declare war. Since then, the country has participated in war actions all around the world eventually giving the power unilaterally to the president after 9/11.What is your opinion on how we take war actions around the world? Should we first declare war on a country before bombing it?

There will be a lot of exciting updates coming in the future. Also, we're looking for our grassroots members and will alert you when it's time to sign up.